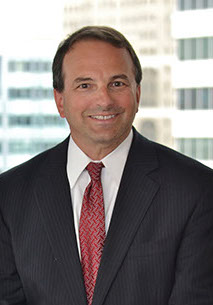 Mitchell S. Berger, Esquire received a Bachelor of Science degree cum laude from Tufts University in Medford, Massachusetts in 1988. During college, Mr. Berger worked as a legislative liaison for the New Jersey Department of Health pursuant to Governor Thomas Kean's internship program. Mr. Berger graduated from Rutgers University School of Law in Camden, New Jersey in 1991, where he was a Member of the Rutgers Law Journal and served on the Editorial Board of the Law Journal as a Notes and Comments Editor. Mr. Berger is the author of "Following the Doctor's Orders: Noneconomic Medical Malpractice Damage Caps", 22 Rutgers L.J. (1991). During law school Mr. Berger interned for the Supreme Court of New Jersey Attorney Ethics Office and he also served a clinical internship in the Offices of Legal Counsel of the Hospital of the University of Pennsylvania.

Mr. Berger has performed volunteer work for the Philadelphia Volunteers for the Indigent Program and is a founding member of the Save Homeless Animals Group. Mr. Berger is also a certified arbitrator in the Philadelphia Court of Common Pleas. He is also a certified arbitrator for the United States District Court for the Eastern District of Pennsylvania and serves as a Judge Pro Tempore for the Philadelphia County Court of Common Pleas. Mr. Berger also serves as both a neutral arbitrator and defense arbitrator in uninsured/underinsured motorist proceedings and third party litigation. He has also lectured to the Bar, private corporations and insurance carriers on various areas of casualty litigation. Mr. Berger is admitted to practice in the state and federal courts of Pennsylvania and New Jersey.