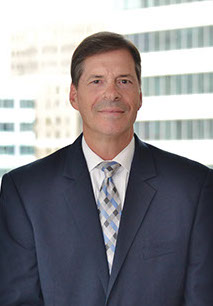 John R. Brown, Esquire is a 1979 graduate of The Pennsylvania State University who earned a B.A. in History with honors. He received his J.D. in 1984 from the Delaware Law School of Widener University where he graduated cum laude, was Managing Editor of the Law Review, a member of the school's nationally ranked moot court competition team, and the recipient of the Philadelphia Trial Lawyers Association's Outstanding Advocacy Award. He served as a clerk for the late Honorable Robert S. Gawthrop; Judge of the Chester County Court of Common Pleas and United States District Court for the Eastern District of Pennsylvania.

Mr. Brown concentrates his practice in matters regarding torts and commercial litigation. He is a versatile trial attorney who has handled a wide variety of cases involving the defense of personal injury claims and catastrophic losses arising from accidents, including transportation (car, truck, airplane, boat), premises liability, fires, building construction site activities, alcohol service (Dram Shop Liability), product liability and professional negligence (architect, accounting, medical and legal), as well as commercial disputes arising from contracts, sales of goods and services, employment and other business activities. He has handled thousands of cases, tried dozens of cases to verdict in state and federal courts, and has successfully resolved many appeals before both state and federal appellate courts, including the preparation of briefs and presentation of oral argument. He has presented numerous legal educational seminars for insurance claims representatives and attorneys on a variety of trial and post-trial issues raised in tort litigation. He is "AV" rated "preeminent" by Martindale­Hubbell and has been recognized through the votes of his peers for over a decade as a "Philadelphia Super Lawyer."

Mr. Brown is also a former radio and television broadcaster who has used this experience in that field to provide legal consulting services to entertainment professionals, particularly in the area of employment contract issues. He continues to work with broadcasters on a regular basis. He also has served as a legal commentator and consultant for news programs on Philadelphia area TV and Radio, including WCAU-TV (NBC-10) and KYW News Radio 1060.