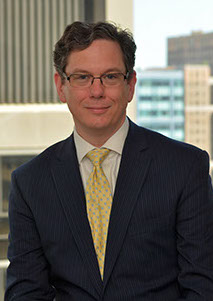 Robert R. Hopkins, Esquire graduated from Drexel University with a Bachelor of Science in 2009. He then received his Juris Doctor degree, with honors in the Health Law Concentration, from the Thomas R. Kline School of Law at Drexel University in 2012.

Mr. Hopkins concentrates his practice in various areas of insurance defense litigation. His primary specialty is defending those accused of causing personal injuries through Motor Vehicle Accidents, or through various Premises Liability theories. His primary focus is, however, on his Clients; both the accused tortfeasor and the insurer.

Prior to joining Ryan, Brown, Berger, & Gibbons, Mr. Hopkins represented physicians and their employers in malpractice litigation at a small, regional practice; he then honed his litigation skills at a high-volume insurance defense firm, arbitrating over 160 cases in the Philadelphia Court of Common Pleas Compulsory Arbitration Program. He is admitted to practice in the Commonwealth of Pennsylvania, the State of New Jersey, and the United States District Court for the Eastern District of Pennsylvania.

Prior to beginning his career as an attorney, Mr. Hopkins was a Paramedic-Supervisor for a large health-care system in the Philadelphia suburbs. Mr. Hopkins brings a wealth of experience and knowledge to the table in defending a personal injury case, as his training and knowledge gained through his prior career includes human anatomy, the kinematics of injury, as well as a deep understanding of medical care and terminology.

Away from work, Mr. Hopkins helps his community through his service as a volunteer firefighter. More importantly, he loves to travel the world and adventure throughout with his wife, a physician in Delaware.