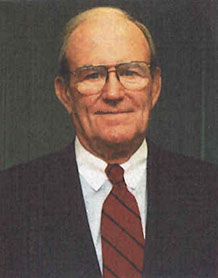 Our founding partner, the late Daniel Ryan, Esquire, was a well­ known and highly respected trial lawyer who personally tried in excess of three hundred jury trials in an illustrious career spanning nearly six decades. The Firms Partners are proud to have learned under and benefited from his mentoring and tutelage and take pride in continuing his legacy as the epitome of a "Philadelphia Lawyer." He was a Judge Pro Tempore in the Philadelphia Court of Common Pleas. His extensive background and the tremendous respect he enjoyed in the legal community afforded him the opportunity to act as a mediator and neutral arbitrator in catastrophic injury cases, roles which the remaining members of our firm have since assumed. Mr. Ryan chaired various state bar committees and was president of several leading national defense oriented litigation groups. He served as the President and Chairman of the Board of the Defense Research Institute, a national organization of approximately 10,000 trial lawyers and over 600 corporations, which is dedicated to enlarging the knowledge and improving the skills of corporate and insurance defense counsel. He was a fellow of the American College of Trial Lawyers, the International Academy of Trial Lawyers and International Society of Barristers. Mr. Ryan was an active member of the American Board of Trial Advocates (President, Pennsylvania Chapter, 1989), International Association of Defense Counsel (served as a faculty member of the Insurance Counsel Trial Academy, 1978), the Academy of Advocacy; and the Maritime Law Association of the United States. Mr. Ryan has served as Chairman of the Council of the Insurance, Negligence and Compensation Section of the Pennsylvania Bar Association (1973-74); a Member of the House of Delegates of the American Bar Association (1975-78); President of the Association of Insurance Attorneys (1968); and President of the Philadelphia Association of Defense Counsel (1983). He was continuously named in the publication The Best Lawyers in America (Seaview/Putnam & Co., 1983, Woodward White 1977-99) in the field of civil litigation.

He was active as an Adjunct Professor of Law in the Temple University School of Law Program leading to an LLM in Trial Advocacy. Mr. Ryan was a 1947 graduate of the United States Merchant Marine Academy of Kings Point. He was a retired Lieutenant Commander in the United States Naval Reserve. He graduated with honors from Temple University Law School. At Temple, he served on the Law Review and as President of the Student Bar Association. His colleagues at the firm honor his memory and legacy to the profession by putting into daily practice the methods and manner taught to them by this extraordinary trial lawyer.